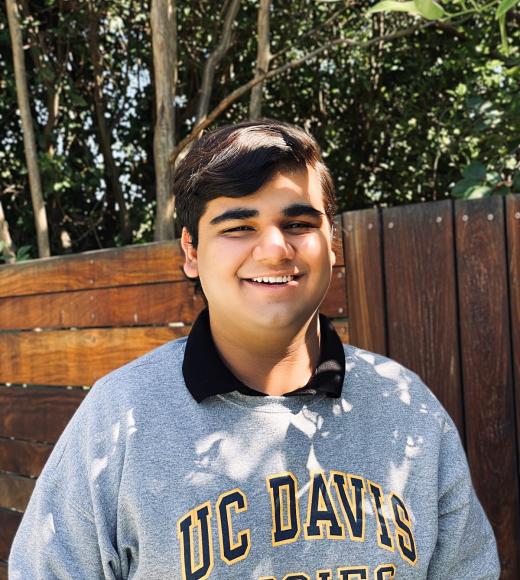 Kabir Sahni is a third year international student from India, double majoring in Communication and International Relations. He currently serves as one of the student leads for the Global Ambassador Mentorship Program at SISS. He is passionate about representation and advocacy for the international student community, which is often politically targeted and systematically sidelined. He is dedicated to bringing to light the experiences and narratives of marginalized voices on campus, having served as a member of the Ethnic & Cultural Affairs Commission. He additionally serves as a student ambassador for the College of Letters & Sciences and is the second ever elected international student Senator to serve on the ASUCD Senate. In his spare time, he stays politically engaged, watches Oscar nominated films, and keeps in touch with friends and family back at home.